Historical success of Plastex brand on the first kayak competition on Paralympic Games in Rio de Janeiro. 14 out of 18 medals won paddlers on Plastex boats – including all gold medals. As in 2009 in Canada started first parakayak … Read more →

We are getting closer nd closer to the Olympic Games. The World Cups are over. You could follow and check all results and nice photos on ICF website online…or personally at site. Generally all superstars and champions opened Olympic season … Read more →

Hereby we would like to inform that Mr. Arne Bergholz is no longer cooperating with our company. In any case which involved being in contact with Arne Bergholz – please contact the company directly – plastex@plastexboats.com. We wish Arne all … Read more →

Dear Sport Friends,   we would like to wish you very successful and prosperous Year 2016! We wish You all the best! We wish Your families to be happy, healthy and wealthy! We wish you a lot of medals on our … Read more →

This year Canoe Marathon World Championships took place in Gyor. For our company it was great success and the best marathon competition ever and the most medals during this competition paddlers won on Plastex boats. Because of this fact and … Read more →

Just after the world championships in Milan, national championships in Italy and Germany were held, where the new models of K-1  and K-2 Bullet – presented and checked in Milan by ICF technical staff – were so successful that in Italy … Read more →

The longest season is almost behind us with the exception of qualifying event in Palembang (Asian Championships) which takes place in November. All the competitions (World Cups, European and World Championships) were really successful. Congratulations to all who achieved good … Read more →

Well, it all began again !!! The first competition of this special – PREOLYMPIC- season is over.  With 846 competitors from 35 countries it was one of the biggest continental sport events, paracanoe including. At the 2015 European Canoe Sprint … Read more → 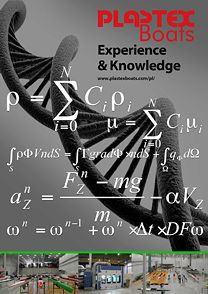